Receiver Fatigue and getting over it

I have been in bed with the flu for a week. It was not the plan. We had organised a family trip back to Auckland to see family and friends, do some maintenance at our house and generally have a holiday. But the kids both had a nasty virus in the two weeks beforehand and despite my attempts to rest and avoid it, I succumbed the day before.

So I waved off hubby and the two kids and planned to join them two days later once I was feeling better. Two days passed and I was worse rather than better. I was grateful to be able to actually rest while sick. It felt like such a treat to have the flu alone. Oh dear what an irony.

On the third day I woke up drenched in sweat so had to change all the sheets. I ran out of tissues and was on the last roll of toilet paper and last two paracetamol. Time to call for help.

I am so grateful to have friends to call. We have only lived in this town for three months but through church I've made some lovely friends and even though we are still in the fresh and new phase of getting to know each other, I knew I could call. So I did. And she came with toilet rolls and paracetamol, hung out my washing and did the dishes. This is despite it being school holidays and her having four kids. Mums do get it. She then came back and got my washing in, took it back to her place to finish drying and returned it folded the next day.

Meanwhile another friend in Auckland hosted my son's 5th birthday party that he had begged to have with his big cousins. She knew it meant a lot and offered to help even with me not there. I am so grateful.

Over the years, especially since having kids, I have had to ask for help a lot. Sometimes it's been part of really normal transitions like moving house. My sister in law helped set up my wardrobes and linen cupboard and family helped to look after our daughter while we unpacked. At other times it has been caring for my children when I am to unwell with depression and anxiety. And at other times it has been when hyperemesis (pregnancy nausea and vomiting) meant I was bed bound and needed help. About 18 months ago I was exhausted due to adrenal fatigue and needed help with childcare and house work. Over the last 8 years I've needed help with juggling childcare and work and have asked mum friends who are home full time to look after my kids or pick them up. I feel like the last 8 years has been full of asking for help and learning to receive it.

At first it was so wonderful to receive help, to know we were not alone. At times I was so ill that help was the only option. I've never been a private person so I didn't feel embarrassed overtly by needing help but over time it got harder. Desperation meant I blocked out how vulnerable I felt and the sense of failure I had. I remember needing a friend to help with childcare one day when I had to work late. I got home late and walked into the house. She was managing her own three kids, my two, cooking dinner, had cleaned up and folded laundry. I disappeared to my room and sobbed. The sense of failure and shame was just too much. So much of my sense of worth was whittled away in my need for help and dependence on others.

I am naturally quite an independent person and pride myself on being organised and having things under control. However, Ive learned that those things are a privilege of circumstance and health rather than a measure of my value or success as a person. And I have had a lot of conversations with other Mums who have struggled on alone, convinced that everyone else was coping better than they were and not asked for help or been honest about how hard life can be. People have said to me "You seem like you are always on top of things" but others have commented "You are so good at asking for help". On a bad day both comments seem problematic. When people say I seem to have it all together I want to scream and ask what they expect me to do? Kids still need to be fed and clothed and taken places. Most of the time you can't just collapse in a heap cause everything else will collapse too. But there have been time when I have collapsed and I have desperately needed help and I have asked for it. Telling me I am good at asking can feel like I am not independent or capable or that I am somehow weaker than those who just "soldier on".

Instead I believe that most of us are stronger than we often realise. At times carrying on putting one step in front of the other, getting out of bed, keeping on parenting through what feels like thick mud and a pack full of rocks is what we do. But in other situations the strongest thing we can do is ask for help. There are no medals for going it alone. Our kids do not benefit from white knuckling it until it all falls apart. Instead help can mean we recover, it can remind us that we are all connected and that none of us is truly in control of our lives. It can show our children that helping others is a privilege and receiving from others is an important skill to learn.

I'm feeling better now. The school holidays are over. Everything is on a more even keel. I hope that when things are going well I will be in a position to help others. But I don't owe anyone and I don't have to prove anything. I am stronger than I think and in each season, day, minute and breath I remember that none of us can do this alone so why should I? And why should you?
Posted by Marion at 2:20 pm 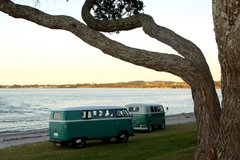 Marion
This blog has evolved over the years and now focuses on my life as a Mum, my journey managing depression, my Christian faith and building our new life in a small town. I used to work as a high school English teacher and am taking a break to be home for a while.